The Chief Executive Officer (CEO) is the highest ranking position that actively oversees the management of an organization. He/she is someone who plays a pivotal role in guiding the company’s direction, embodying its mission and culture.

As such, to be a great CEO, one would need to win the confidence of others as a trusted decision maker and possess qualities of an ideal role model. This article will discuss the main responsibilities of a CEO and qualities of a successful one.

How do CEOs differ globally?

As a rule, the CEO occupies the highest decision-making authority at the management level, positions the company in the market for the long term, and is responsible to the stakeholders of the company (e.g. board of directors, shareholders, etc.). Although the function designation is often used internationally, the interpretation sometimes varies from country to country.

In Anglo-Saxon countries, a CEO is regarded as a job title in its own right. Whereas in European countries, such as Germany, Belgium, and Netherlands, it can be considered as an addition to an individual’s job description. In large listed corporate structures, the CEO is answerable to the Chairman of the Board of Directors. Whereas for smaller companies, a CEO may not be subjected to such levels of corporate governance.

Whichever interpretation of a CEO is taken, a commonality across all is that CEOs play a critical role in influencing the successes of companies. A capable CEO is one who is adept at performing multiple critical duties, while maintaining trust amongst his/her subordinates.

What are the responsibilities of a CEO?

While there are high variations on a CEO’s role from company to company, below is a list of critical responsibilities typical for most CEOs:

Qualities that make a good CEO

Apart from being able to fulfill their responsibilities well, a good CEO should also have a set of complimenting soft skills. These skills ensure that companies under their management will consistently and reliably perform well in the market.

Realizing one’s own limitations is key to becoming a great leader. Any organization is made up of so much complexity and internal workings that it is difficult to have a perfect grasp on everything. A good CEO should realize this and have the sense to seek advice from his/her team when making critical decisions.

Fortunately or otherwise, being the face of the company and viewed as a role model by employees, disappointments in a CEO are often magnified. Which is why maintaining trust at all times is a critical quality of a good CEO. Trust is built on transparency, even when it requires one to admit previous errors. Being able to openly discuss motivations of certain decisions, actively involve people in decision making and create a safe environment for people to voice opposing opinions would set a strong foundation in being trustworthy.

To be a good CEO is not something that is done instantly. One has to always be motivated to self-improve, emulate examples of good leadership, and avoid common pitfalls.

However, if done right, a good CEO can create a workplace that is welcomed by their subordinates and a good reputation for their company.
Do you want to find a suitable candidate for CEO at your company? Find it on Shortlyst. Start for free now! 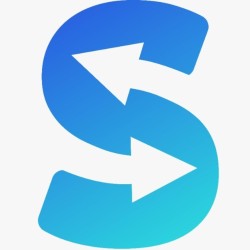 Get started with Shortlyst today

Get started for free